The first Chief Minister of Chhattisgarh is no more 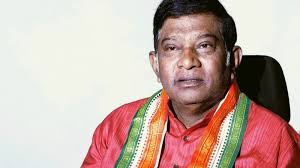 The first Chief Minister of Chhattisgarh is no more, he died at the age of 74.

As per an announcement by the emergency clinic, the passing occurred at 3:30 pm. His condition decayed around 1:30 this evening as he again endured a heart failure, said the medical clinic. Following a two-hour exertion, the specialists couldn’t resuscitate the patient.

CM Bhupesh Baghel reported a three-day state grieving in memory of the principal chief of the state. He will incinerated with full state praises, according to Baghel.

“The demise of the principal Chief Minister of Chhattisgarh Shri Ajit Jogi is a significant political misfortune for the State of Chhattisgarh. He will live on in the recollections of the considerable number of individuals of the state,” tweeted Baghel.