Home News The important decision of the history cabinet
News

The important decision of the history cabinet 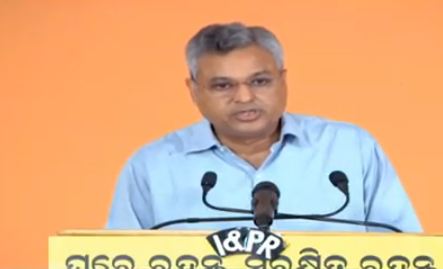 Bhubaneswar: The departmental minister provided important information on the decision of the history cabinet. The Cabinet has reportedly approved four proposals. Steps have been taken to give Odissi music a classical status. A proposal has been passed for approval of the Center for Classical Standards. Proposals have been passed for the Special Directorate and the Director for Prat. The directorate and director’s proposal for the state museum have been approved. The State Museum and the Anand Bhavan Museum will be virtualized. The amount of the academy run by the Department of Culture has increased. The Atibadi, Poet Emperor, Dharmapada, and Basakbi awards have been increased to Rs 5 lakh. It has been decided to increase the Academy Award from Rs 50,000 to Rs 200,000. It has been decided to increase the Academy Award to Rs 1 lakh. Utkalmani Pandit Gopbandhu’s birthplace Suando will be developed. 11 crore will be spent on the development of Suando.

The urea will have a shortage of 6.15 million metric tons,” he said. This year, Rs 9965 crore in agricultural loans have been disbursed to Tashi Farmers will be encouraged to make other crops, including rice. The new helpline will provide all kinds of agricultural advice at 155333. Portal will also be set up to benefit from the Kalia scheme. On the portal, farmers can find out about their application. 5.5 million farmers are eligible and will get incentives. The Balaram scheme will benefit sharecroppers and landless farmers.

On the other hand, 1989 amendments to the Bhajshiksha Act have been approved. The 2005 Ravenshaw University Axis Act was repealed. There will be one law for all university administrations. From the university to the future, the Senate will be more active. The Chancellor’s Selection Committee will have an educator from the government. It has been decided to extend the term of office of the Chancellor from 3 to 4 years. The Chancellor’s maximum age limit has been raised from 65 to 67. It has been decided to transfer the responsibility of selecting university teachers to the OPSC. The Cabinet has passed a resolution to assist lawyers. The bar council can help with this.