Home World The lockdown is healing the whole world
World

The lockdown is healing the whole world 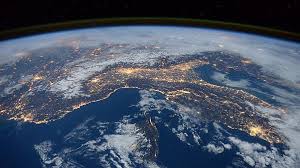 New Delhi: Corona is worried all over the world now. Gradually it is recovering. This healing benefit vitamin is only laden. The first symptoms of this were felt within months of the launch of the fight in China. NASA’s China Pollution Map was unveiled on February 10 to 25. Compared to the first 3 weeks of January, pollution appears to have declined. Traffic was light at this time of night due to heavy rains. . Black mill production was disrupted. Everything was shut down, including air travel. As a result, pollution levels have dropped. According to scientists, the reduction in biofuels has reduced the amount of greenhouse gas (CHG) in the pure atmosphere by mid-February by a quarter. Its earth has benefited greatly. Only 27 percent of greenhouse gas emissions worldwide are made by China. It would not be an exaggeration to say that the decline in China is good news for the whole world.

As Covid-19 began to spread to other nations, they also started lockdown. As a result, pollution levels are declining worldwide, according to scientists.