Home Odisha The policy changed again, the secretariat’s office staffs 30% not 50% will...
Odisha

The policy changed again, the secretariat’s office staffs 30% not 50% will come 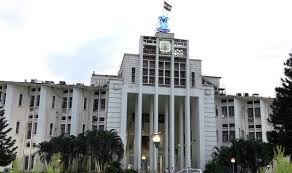 Bhubaneswar: The state government has issued a revised notice to the Secretariat during the lockdown. The notice was issued last 17th from the general administration department. This has been ruled from 20th of April. The rules have been changed for the arrival of employees in this morning.

A statement issued on 17th stated that critical and slight critical unit employees will come from April 20th. 50% employee of critical group, 33% of slight critical group employees of Group B, C, D will come to office. After a day of office service, the revised noticed was issues by the general Administration Department. The revised rule is set to take effect from tomorrow 21st April. It looks like the decision was taken by looking at the crowd. On the other hand, from today the central self-government office has expressed concern over the state government’s failure to comply with the central law. The state government has written to all the chief secretaries urging them to abide by the law. As a result, the staffing of the secretariat has been curtailed. According to the statement, 30% of the officers and the employees of the department were involved. The critical group of the administrative department will make the decision. Similarly, only 10% of the slight critical group officers and employees will come inside the roster.

Like every year the office will work. The staffs will come in the morning to office from April 10th to June 15th and morning 7am to 1 pm. Though there were number of questions raised related to this matter which was finally solved by the report from the office.