Home Politics The state government is playing with the dignity of tribal minors: Smurti...
Politics

The state government is playing with the dignity of tribal minors: Smurti Patnaik 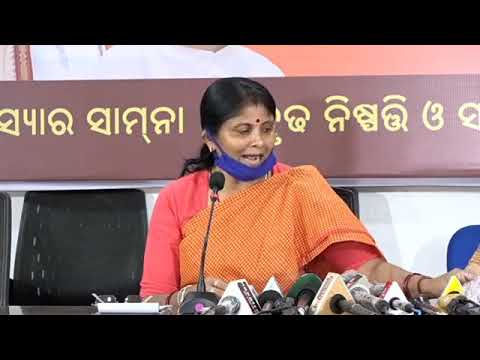 Bhubaneswar: On July 20, some miscreants gang-raped and killed a tribal minor from Chitra Fachayat Baghchua village in Kotpad block of Koraput district and then hunged her in a tree.

The minor had scars on various parts of his head and body, as well as bleeding from his internal organs. The scene is local police in riot gear stormed, removing hundreds of protesters by truck. Despite this, Dr. Babu is under pressure from the ruling party and the police.

The Autopsy report called the incident a suicide. Ruling party minister and local legislator Paddhini , instead of arresting criminals, they continue to cover up. With the dignity of the aboriginal minor. The state government is playing games. The BJP has strongly opposed the move, and the BJP has called for justice for the victims. State Women’s Front the president is Mrs. Samuti Patnaik and the state vice-president and former MP Balabhadra Majha a representative in the leadership.

Her husband criminals are not arrested because they are police officers. The culprits are ministers relation. Ruler the perpetrators are openly criminals as party links and ministers and the husbands of local legislators are in the police force.

The state government, on the one hand, has been making long speeches on women’s security, while on the other hand, its party Minister and House. Ms. Patnaik alleged that the department’s staff was covering up the perpetrators.

An impartial police investigation into the Koraput juvenile delinquency and murder case without any pressure.

That’s right and the SC ST and all the perpetrators involved in the incident by publicizing the accurate autopsy report. The district administration has taken strong action against them under the Pokso Act. Immediately to the family the delegation is demanding the compensation be paid to the DG. Listen to all the complaints later in this direction. Mrs Panayak said the percentage would be taken into account. Ms. Pattanayak says Mahila Morcha will take to the streets if justice is not done to the victims in the coming days.