The train has started with migrant Odiyas from Surat 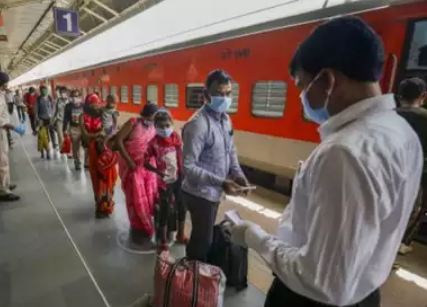 Bhubaneswar: After the High Court’s order and then the Supreme Court’s order on the High Court’s order, 1,200 migrant Odiyas left Surat today. From Surat the train has started to Berhampur. It is learned that the train was carrying out migrants. During the train ride, workers rained flowers on the district attorney’s office. And then began the journey by train. That’s all there is to it. Prior to boarding the train, everyone was loudly saying and parying “Jai Jagansath”, this was also reported when they have boarded the train. All of these migrants are reported to have left Surat.