The weavers community gets support from Priyanka Gandhi 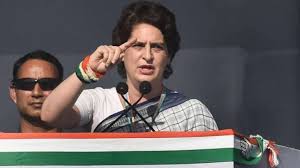 Priyanka Gandhi, Congress general secretary Priyanka Gandhi and Akhilesh Yadav, Samajwadi Party president have blamed the Uttar Pradesh government for disregarding weavers’ interest for reclamation of intensity endowment for power looms run by the network in the state and not helping them tide over the troubles looked during the lockdown.

“Weavers from everywhere Uttar Pradesh, including Varanasi are at present confronting a horrendous emergency. The legislature has neither heard them on the issue of power bills nor has it helped them to beat the emergency that has emerged from the lockdown. Weavers, who enlightened UP’s name over the world through their aptitude and workmanship, are compelled to take to the streets today. The legislature ought to tune in to the requests of the weavers,” according to Gandhi in a post on her Facebook account.

The UP government, in January this year, finished the level power rate system for handlooms and guided them to pay as indicated by power utilization. In fight, weavers in Varanasi propelled a fortnightly strike on September 1 by halting force weaving machines request reclamation of the fixed force tax plan.