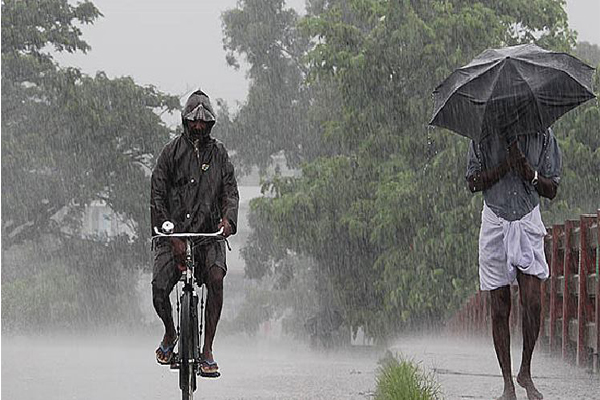 Bhubaneswar: A cyclone has formed off the coast of inland Karnataka and Tamil Nadu. As a result, Mayurbhanj, Balasore, Bhadrak, Puri, Jajpur, Ganjam, Nayagarh, Balangir, Dhenkanal, Sonpur, Boudh, Samalpur, Devgarh, Anugol, Kandhamal, Kendrapara and Khordha districts are likely to receive thunderstorms in the next 24 hours. The information has come that the wind is expected blow at 30 to 40 km per hour. It will continue to rain in different districts till the next 30th of April. The mercury is expected to be below 40 degrees Celsius. According to the regional meteorological office, Ganjam district received the highest rainfall of 7 cm in the last four hours, while Nuapadha Khariar received 5 cm, Rayagada 3, Kandhamal 3, Daringbadi 2 and Nabarangpur 1 cm.

Facebook
Twitter
Pinterest
WhatsApp
Previous articleBalasore, Bhadrak and Jajpur three districts have been shut down for 60 hours
Next articleOn Thursday, the state did 2474 sample tests in a day