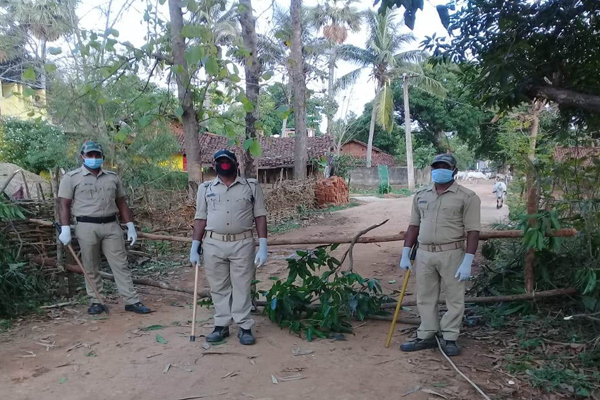 Deogarh: The first person to be diagnosed with corona was identified in Devgarh district yesterday. A coroner from the health department rushed the infected person to the village of Basudebpur under the Tileibani block Kalanda Pachayat in the Tileibani block Kalanda Pachayat and rushed the infected man to Devgarh Kovid Hospital by ambulance. Jhatikipashi, Khuntapashi, Samantarapalli, Nuagaon, Kamalabagicha and Baniakilinda, including Basudebpur village in Kalanda panchayat of Tileibani block. The village of Sunamunda in the district has been declared uninhabited by the Ministry of Foreign Affairs, and all public and private institutions in the area have been closed.