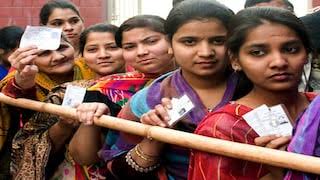 Tirtol (Pratap Kumar Singh): One of the major political events in Odisha is Tirtol . The date for the by-elections in this constituency has been announced today. However, no party has yet decided on their candidate.

Of course, the BJP has already imported a tough Congress leader, but the BJP has no such plans. Candidates are on the run, so the party is worried about who will run. Congress, on the other hand, is also worried about who will run for office. Rajkishore Behera, who recently left the Congress and joined the BJP, is being discussed in the BJP palace. As a result, sectarian strife in the BJP has begun. In the BJP, however, the two names were initially discussed. The name of Dr. Minati Behera, chairperson of the State Women’s Commission, and Vijay Shankar Das, son of another Binu Das, are being discussed. If the names of the two people reach the final stage, only the supremo can say yes to the candidacy of the woman or the sympathy vote for the son of Banu Das. “The BJP has always had a brother here,” he said.