Today is the verdict days for the convicts of Nirbhaya case 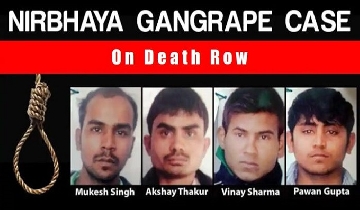 New Delhi: Today, the Delhi High Court will announce the verdict of Nirbhaya case. Prior, the central government had presented their application in the Delhi High Court with reasons of four liable for the situation abusing the legal framework and deferring their hanging. The Delhi High Court had held their request after finish of the unique hearing on Sunday. All the 4 convicts are filing their petitions where as for 3 convicts all of them are exhausted. As it is considered that all the four convicts will be hanged on the same day, the execution is postponed.

Rehashed accommodation of new applications by the blameworthy and because of the pending hearing at the court, their execution order has just been halted twice by the Patiala House Court. The Patiala House Court had given an execution order to hang the blameworthy on February 1 however Vinay’s pending benevolence appeal at the President’s office prompted a stoppage of the execution. Justice Suresh Kaith is going to do the hearing the case. Now the future of the convicts is in his hands. Today it is going to be decided that they will be hanged together or separately. The hearing will take place at 2 pm today. The whole nation is awaiting for the verdict today.