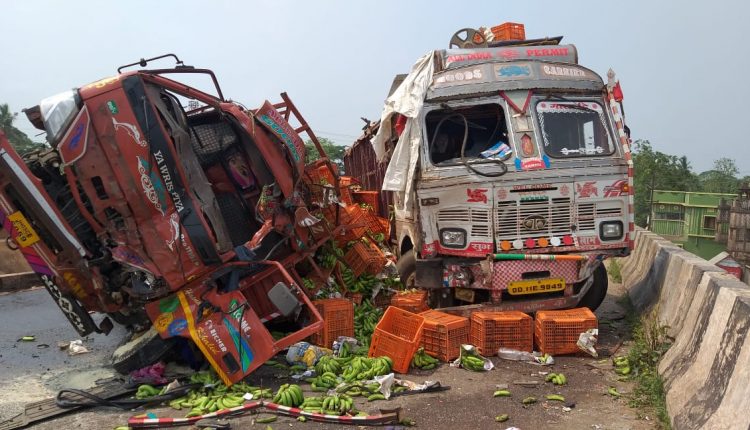 Jajpur: Accident on Kuakhia bridge on National Highway 16. One person was killed and at least two was injured when a truck carrying bananas collided head-on with a truck from Andhra Pradesh to Ranchi, police said. Another young man, including the driver and helper, was in the vehicle. The young man died at the scene while both the driver and The helper was admitted to Dharamsala Medical College. The driver of the vehicle was pronounced dead at the scene. The deceased was identified as SK Raju of Tata Jamshedpur Garibnaz area. Kapil, a critically injured driver, has been shifted to Cuttack Medical College and Hospital. Police in riot gear stormed a rally removing hundreds of protesters by truck. However, his identity could not be ascertained when the dead young man in the vehicle carrying the bananas came by list or rent.