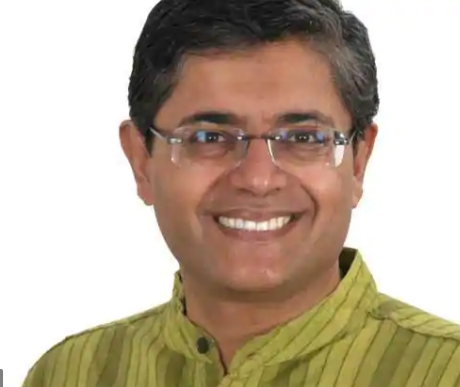 Bhubaneswar: OTV journalists have been given a tweet over the abduction of a police officer. The incident sparked a new controversy after BJP leader Vaijayanth Panda tweeted comparing Odisha to Pakistan. Vaijayanth tweeted yesterday that the Odisha police and Maharashtra police are doing shameful things like picking up, abusing journalists and interrogating them in custody. That’s the decent thing to do, and it should end there. As the controversy erupted over Vaijayanth’s beats, he was surrounded by a victorious leader on Twitter.

“Vaijayanth Panda is a bit of an insult to the culture of Odisha and the people of Odisha,” Pranab said. Similarly, MP Anubhav Mohanty has strongly criticized Vaijayanth. “This soil has given you and your family a lot,” he wrote, referring to Vaijayanth. How dare you compare Jagannath’s land to Pakistan? ‘ Feeling we have ‘Run out of gas’ emotionally. Prior to 2014, we were running from Kendrapara. Is Kendrapara in Pakistan? “If you think so, leave Odisha,” he wrote.

“We all know the law, so don’t be fooled,” said BJP MP Amar Patnaik. BJP MLA Devi Ranjan Tripathi said there was nothing more embarrassing than comparing her state to Pakistan. BJP MLA Chandra Sarathi Behera reacted to Vaijayan’s tweet by saying, “It is highly reprehensible to compare the people who voted for you to Pakistanis.” This is an insult to every Oriya.