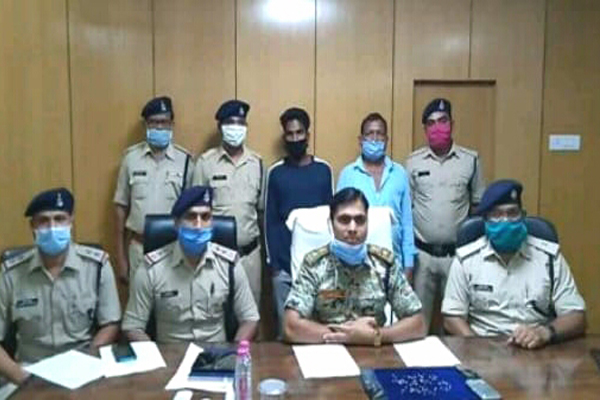 Nuapada: Chhattisgarh state’s Gariabandha district police have arrested two diamond traders in Odisha. 125 diamonds were seized from them. The diamond is estimated to be worth more than Rs 30 lakh. The two arrested were Bikash Majhi 27, a businessman from Sinapali police station in Nuapadha district, and Jokho Meher, 40. Gariabandha SP Bhojiram Patel, who smuggled diamonds to the two states, told a news conference. According to sources, there is a diamond mine in Gariabandh district of Chhattisgarh state. Large quantities of diamonds are mined from here. The mine is located 4 km from the Sinapali block of Nuapada district in the Odisha border, while Odisha traders illegally collect diamonds from there. Businessmen Vikas Majha and Yoko Meher are a red super for collecting and selling 125 pieces of diamonds from the Gariabandha diamond mine.

Lender went to Mainpur in Chhattisgarh. Upon receiving the news, the Gariabandha SP formed a police team and raided the Jharpadar in Mainpur police station and arrested the businessman. 125 diamonds were confiscated from them. The estimated cost is Rs 3 million, police said.