Understanding The State Of Economy 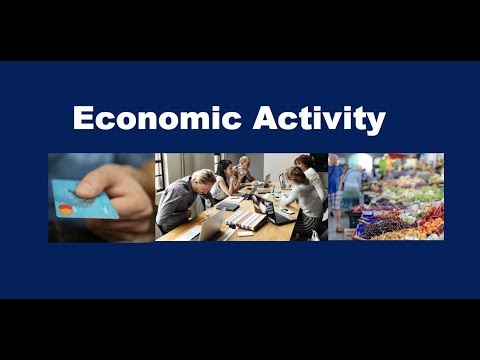 It has been seen that economic conditions have had an impact on various aspects of life including the current financial state, job prospect, and the kind of future one would like to have. However, there are certain things one needs to keep in mind before coming to a decision about the state of the economy.

There are many sources available to know the state of economic conditions. The best source would be the government itself. The government will regularly update the economic conditions and will also publish them in newspapers. The information obtained from these sources will also be helpful for people who are planning to invest in a specific area and may also give an idea of how the economy has been performing recently.

One can also rely on private economic activities to know about the state of an economic condition. There are numerous businesses and companies who conduct seminars and give presentations regarding their economic activities in the market. There are also some professional associations that have their own websites and they conduct surveys and interviews among their members to find out the state of the economy in a particular state. These organizations may also provide the information in a brochure and may even conduct an interview with local experts.

The newspapers have also provided interesting information regarding the state of the economy and have published several stories about the state’s economic conditions. These stories may include how much profit the state was able to earn during a recent time period. It may also mention how the state was performing at that time.

The main thing one needs to remember is that the state of the economy has a direct impact on the society, especially on the people living in the area. It is important for the society and the country as a whole to have a strong state which is stable and healthy enough to ensure the smooth running of a good economy.

CM Inaugurates Expansion of Utkal Alumina at Rayagada   Production Capacity Expanded to 2 MTPA Our Economy Bouncing Back, We Are Back To Track - CM . Bhubaneswar...
Read more
Economic

ANY ECONOMIC PURSUIT MUST THINK OF PEOPLE AND PLANET EARTH Bhubaneswar: Pursuit of economic prosperity could no longer focus on revenue generation and maximization of...
Read more