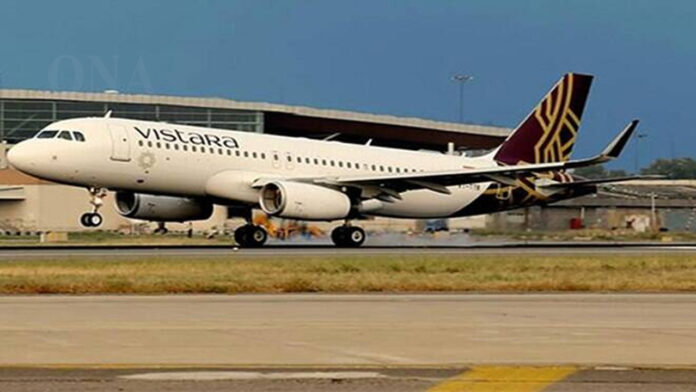 New Delhi: Vistara initiates flight tasks to Germany, Full-administration transporter Vistara on Thursday initiated its flight activities to Germany from India with the dispatch of a direct trip to Frankfurt from Delhi under the air bubble arrangement between the two nations.

The debut flight, worked by another Boeing 787-9 Dreamliner, withdrew Delhi at 3.30 am (IST) on Thursday and arrived in Frankfurt at 7.55 am (CET), Vistara said in a delivery.

The Tata-Singapore Airlines mutually claimed transporter will fly between the two urban areas two times per week – on Thursdays and Saturdays, it said.

“The dispatch of our administrations to Frankfurt is another significant stride ahead in our responsibility towards developing our worldwide organization and fortifying our essence in Europe,” said Vistara’s Chief Executive Officer, Leslie Thng.

As one of the world’s busiest flying centre points, Frankfurt guarantees incredible freedoms for India’s best carrier to fill in the worldwide market, Thng added.

Vistara said it acknowledges all qualified clients meeting visa/passage necessities in both the nations, as indicated by the separate government specialists.