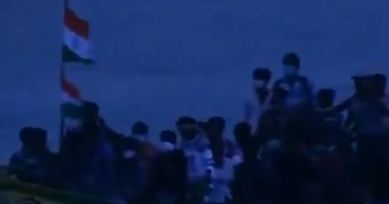 Bhubaneswar: Workers by sea. Disobeying the lock down, the workers sailed without having food and finally reached their land. Thirty-eight workers from Sonepur Tikiti block reached the Tikiti Marine Police Station in a motorized boat at a cost of Rs 200,000. After a five-day voyage from Chennai, 38 workers arrived in their homeland today. Of the 38 workers, 24 were from Sonepur, two from Andhra Pradesh and the other 12 from Gopalpur. The Ganjam district administration has informed that they are now being kept in government quarantine. It has also been reported that their swab will be tested.